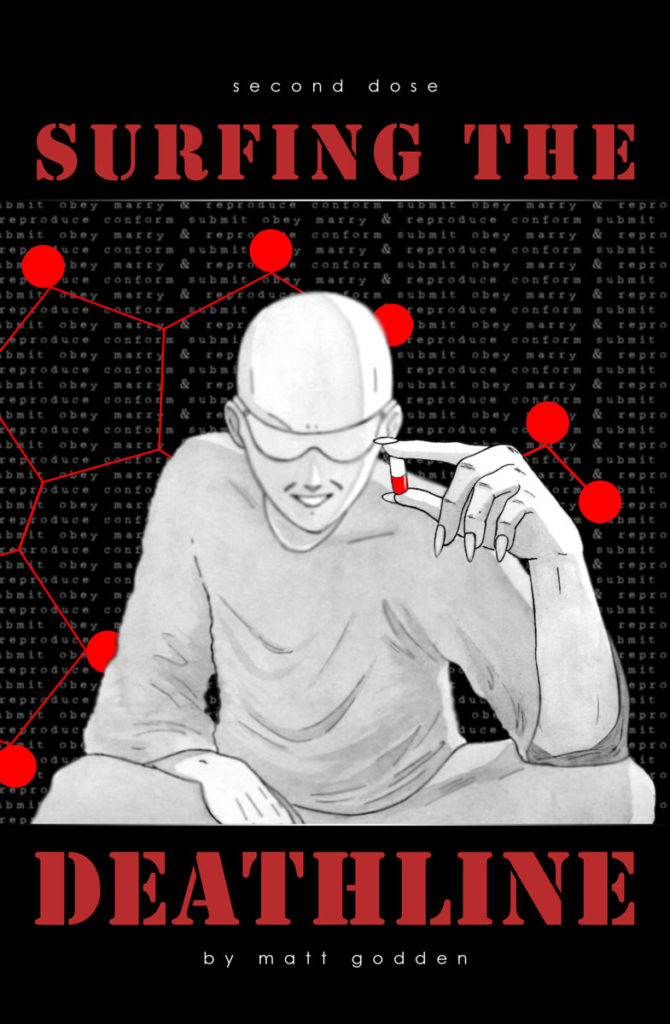 In the near future, homeless, unemployed software codemonkey Eddie has found himself up to his eyeballs in student debt, in a city whose promise has become a prison now that his bank account has run dry

His only chance to repay the people who’ll take organs in lieu of payment, is to obtain a neural-enhancing drug known as “The Deathline”. With it, he will have the edge necessary to subvert a machine intelligence for an anonymous, paying client.

In this issue, Eddie meets with The Dealer, who will reveal the awful truth about the origins of The ‘Line. He also provides some important safety advice, which Eddie promptly ignores.

Finally, Eddie is ready to commence his run, but as he begins, he discovers to his horror that the series of disasters which lead to his current predicament may not have been as random as he believed, and that perhaps, you can never go home again.

This EPUB version is available on the iTunes / iBooks Store, and can be read on Mac or iPad.