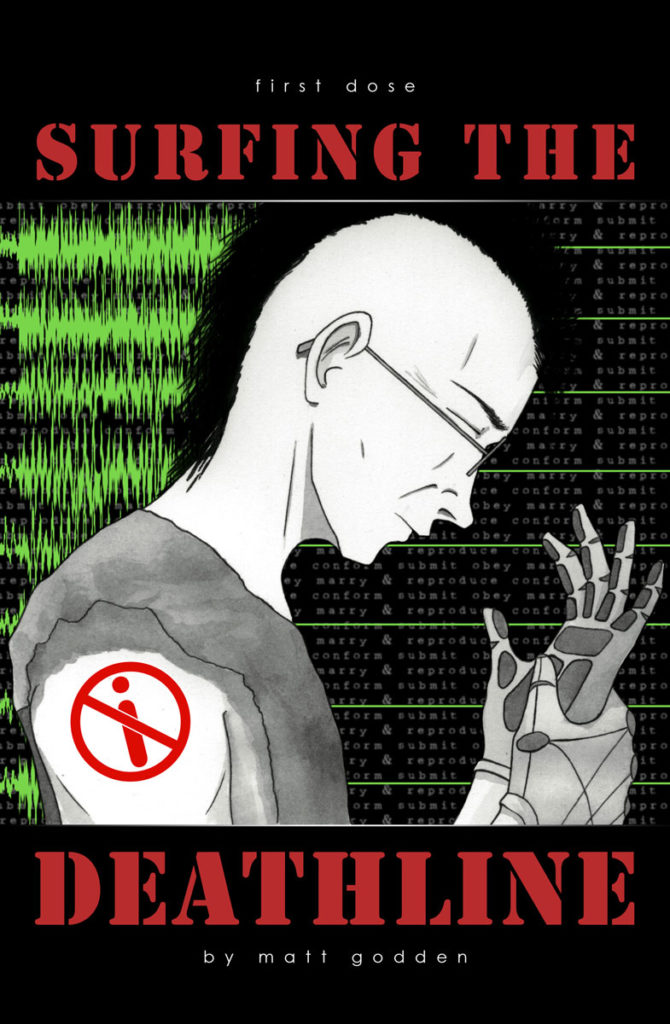 Sometime in the near future, software codemonkey Eddie is down to his last few dollars. Unemployed and living on, or rather under, the streets, he’s also facing “repossession” of his organs to cover student debts.

Now he’s been offered a job, a job that requires he risk his sanity taking an hallucinogen that’ll give him a chance at subverting a Machine Intelligence for a few critical minutes.

It’s called The Deathline, and he has to meet The Dealer to acquire it.

This EPUB version is available on the iTunes / iBooks Store, and can be read on Mac or iPad.